Congratulations to the Scotland teams who took part in the 5 Nations Fly Fishing Championships. 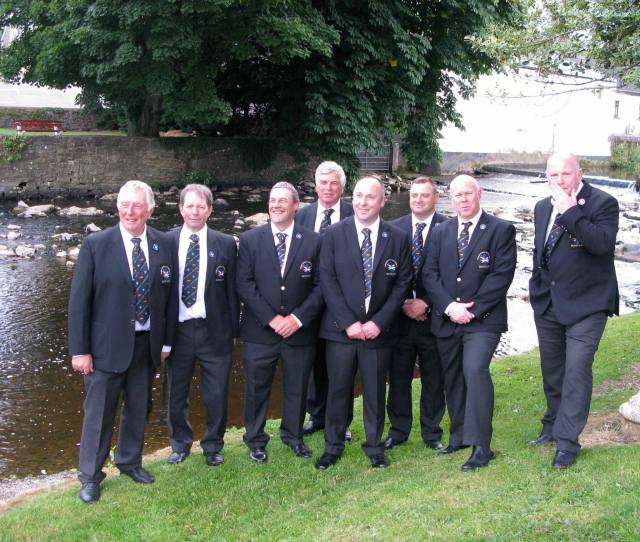 Thank you to Jake Harvey for permission to share this photograph taken just after the opening ceremony.

Jake said “Photographed on the banks of the river Allow in Kilarney in Southern Ireland this is a shot of the Scotland A/B teams after the opening ceremony. The 5 Nations event we fished was held on Loch Leane, Gougan Barra lake and the river Allow. The opportunity to fish for wee wild brown trout with genes that probably date back to the ice-age was special. Memorable also was the friendship and hospitality of our Irish Celtic cousins and the teams from France, Belgium and England. Great food and beer from the local brewery………. blether and traditional music sessions in the pub…..almost to breakfast time the next day!!! As part of the Scotland A team the icing on the cake was bringing the gold medal back to Scotland.”